You plan to move to the Philippines? Wollen Sie auf den Philippinen leben?

There are REALLY TONS of websites telling us how, why, maybe why not and when you'll be able to move to the Philippines. I only love to tell and explain some things "between the lines". Enjoy reading, be informed, have fun and be entertained too!

FEBRUARY 2023: UPDATED TRAVEL GUIDE TO THE PHILIPPINES FOR BALIKBAYANS

Traveling to the Philippines this 2023? Quarantine is long gone and unvaccinated foreign nationals are welcome to visit! In this video, we talk about the complete guide for Former Filipinos & their families who are traveling to the Philippines. This covers immigration, vaccination, testing, pre-departure list, and arrival procedures. It's all there is to know! 😁
Posted by Klaus Döring at 15:10 No comments:

My love affair with movies I call this an “affair” as my love for movies is not something I share with people, even to family members or friends. But ever since I saw my first movie inside a dark theater in Ever Monumento (that was one of the Star Wars films in the ‘80s), I always had this insatiable passion for movies. I don’t know where I got it, or who influenced me, but watching movies takes up my time, especially after editing stories or writing my articles here in Manila Bulletin.

Being passionate about movies, specifically art films or those featured during awards season, film festivals, or critics lists is not really a “useful” endeavor. There’s only a small group here in our country (usually from the academe, film and theater orgs) to talk to about the Oscars/ Golden Globes/ Critics Choice, Cannes/ Venice/ Berlin Film Festivals, or the ongoing Sundance Film Fest. But it’s something we enjoy and discuss during weekends – watching and reviewing films together that Filipino audiences may not have heard of but are part of the conversation among cineastes worldwide.

The Academy Awards, or popularly known as Oscars, is a much-anticipated event (I miss school for this); we even place friendly bets on our chosen nominees. To quote a friend, this is our version of a “Miss Universe” pageant.

We also talk about the local film industry and lament how far we have fallen behind compared to our neighbors. For example, the Philippines has been submitting an entry to the Oscars “Best Foreign Language Film” since 1956 (the first time it was introduced), but we never had any film in the final five. We were even overtaken by Bhutan, when its film “Lunana: A Yak in the Classroom” was among the five nominees for the Academy Award for Best International Feature Film in 2021.

This talk about the Oscars is not new for me, but to some, this feels like the first time as the name Dolly de Leon cropped up in news and on online sites these past few weeks. Dolly is not a “celebrity” in the usual mold compared to the actors gracing our screens. She is a theater thespian who had amassed years of experience as an “extra” playing bit characters in movies and television dramas. It took a Swedish filmmaker, Ruben Ostlund (who is nominated for Best Director), to notice Dolly’s extra-ordinary talent and cast her in the film “Triangle of Sadness.”

Even before Dolly’s name was part of the conversation, a few of us were able to notice her performance in that film, which was one of the competitive entries in the 2022 Cannes Film Festival. The film eventually won the grand prize, the Palme d’Or, and Dolly’s name was floated by critics as the one who dominated “Triangle of Sadness” in its third act. Through an online forum, I was able to watch the film early on even prior to the local screening. Hers was an unforgettable performance on screen, a magnificent showcase of Filipino artistry for the ages.

It was a “travesty” that Dolly’s name was not part of the five names comprising the “Best Actress in a Supporting Role” when the Oscars nominations were announced last Tuesday evening. I assumed that Dolly was the number sixth nominee. It was the closest for a Filipino actor. But all is not lost as I feel that she has kicked the door open and has lit the fire in the belly of other Filipino artists to reach that goal. On the bright side, she has also encouraged foreign movie producers, directors, and casting agents to shift their eyes toward the Philippines and its bevy of talents.

I know a lot of friends who have this Oscars dream. A friend of a friend, the late director Francis Xavier Pasion, who passed away at the age of 38, wasn’t able to fulfill his dream. Francis directed the 2008 Cinemalaya Best Film called “Jay” and he shared to me his ultimate dream was to bring home an Oscars statuette for the Philippines. It was truly possible for him as he kept on winning awards and getting accolades for his films. If his dream was to win one, mine was just to attend a ceremony even as a spectator. It would be an experience of a lifetime to see the Dolby Theater in Los Angeles filled with celebrities, artists, singers, and the media personalities who cover this annual event.

My love affair with movies continues. I have watched all the movies nominated in the 95th Academy Awards, which will be held on March 12, 2023 (morning of March 13 in Manila). My friends and I will have our awards checklist, featuring “small” movies such as Aftersun, Living, Banshees of Inisherin, to the popular ones such as Everything Everywhere All at Once, Elvis, and Top Gun Maverick, and of course, Triangle of Sadness.

We are very excited this year as it is the first time that four actors of Asian descent are nominated: Michelle Yeoh (history making as first Asian best actress nominee in the Oscars), Ke Huy Quan, Stephanie Hsu, and Hong Chau. I have my eyes on Michelle to win this year as her victory will show that it is possible for Asian artists to make it in Hollywood. I just hope to see in my lifetime another Michelle, now with a Pinoy surname, taking the world stage.

Johannes L. Chua is the editor of Property and Environment sections.

Posted by Klaus Döring at 15:05 No comments: 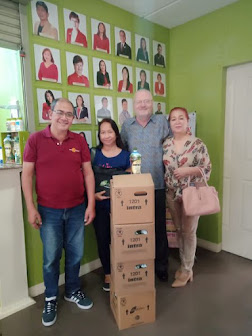 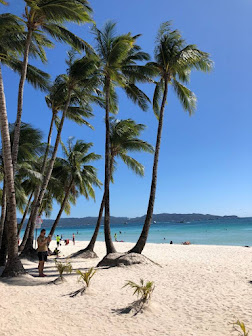 by  Manila Bulletin Entertainment Discovering the skin-nourishing elixir that allows her and a million other ladies to show off their skin a... An Expat in The Philippines for 25 Years 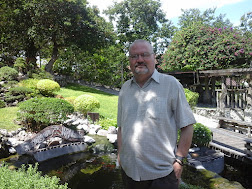 This is in my garden

YONNEX Translation and Documentation Services, Inc. (for Philippines and Germany)

the only certified and licensed agency based in Davao City/Mindanao/Philippines with business permit plate No. 39803. 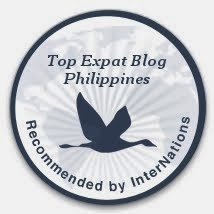